All inquiries about our graduate program are warmly welcomed and answered daily:
grad@math.lsu.edu Cypress knees in the bayou, Tickfaw State Park Early each fall semester, the Department welcomes all new graduate students and all returning graduate students to the new academic year. This year, the Graduate Student Day and Orientation Conference was held as a two-day, overnight event on October 1-2 at Tickfaw State Park. It was superbly arranged, including all meals, by Jacek and Margaret Cygan, assisted by their son Adam, who is a graduate student in Mechanical Engineering. The schedule of events included the following speakers and topics. Wednesday Evening Session: We met at the Group Camp at 7 pm for talks by Ambar Sengupta on Probability, and Daniel Sage on Representation Theory. Dinner followed the talks. Thursday Morning Session: After breakfast for participants who stayed at the Group Camp overnight, and Coffee and Tea with doughnuts for everyone, the speakers were Dirk Vertigan on Combinatorics/Graph Theory, Stephen Shipman on Materials Science, and Daniel Cohen on Topology. Lunch started about noon at the Group Camp. Thursday Afternoon Session: Talks resumed at 2 PM with Robert Perlis on Algebra/Number Theory, Oliver Dasbach on the use of Web Work software for instructional support, and James Madden on Mathematical Challenges in Mathematics Education. Also, there was ample time to talk, get acquainted, and tour the park and its nature trails. Here are a few photographs from the Graduate Student Day and Orientation Conference for 2003. 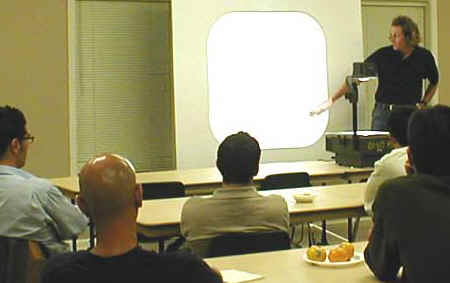 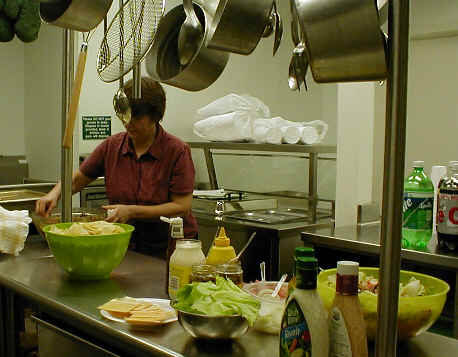 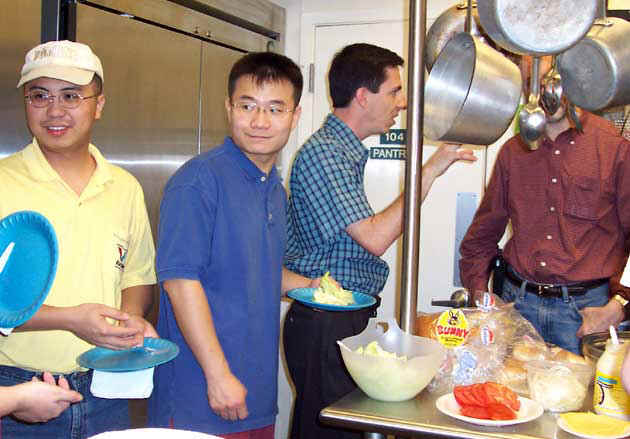 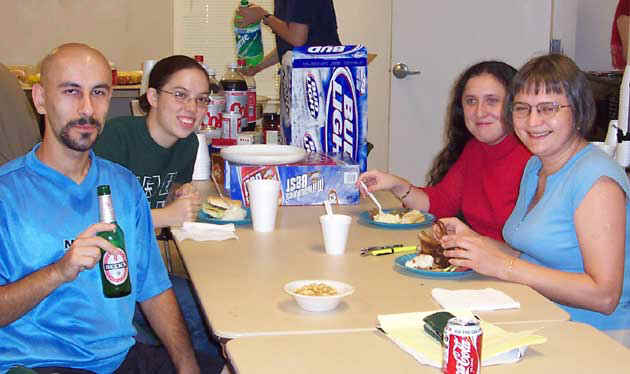 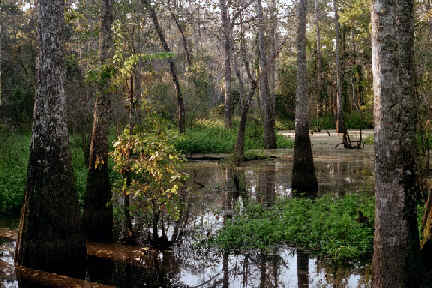 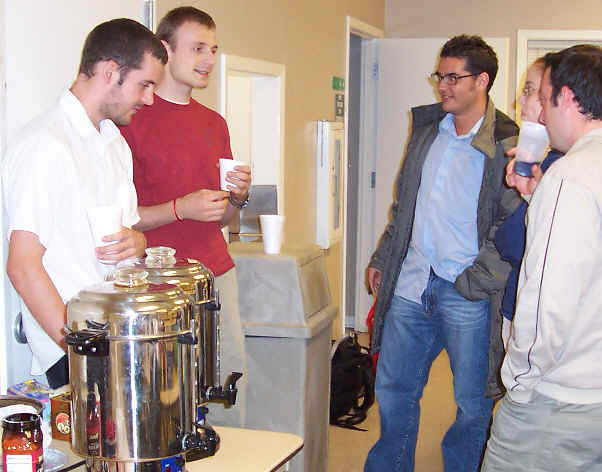 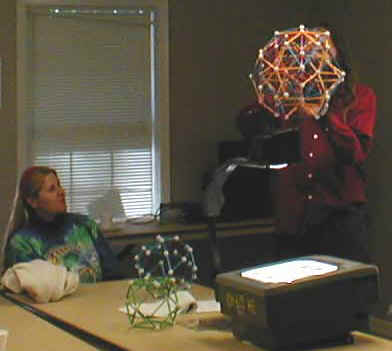 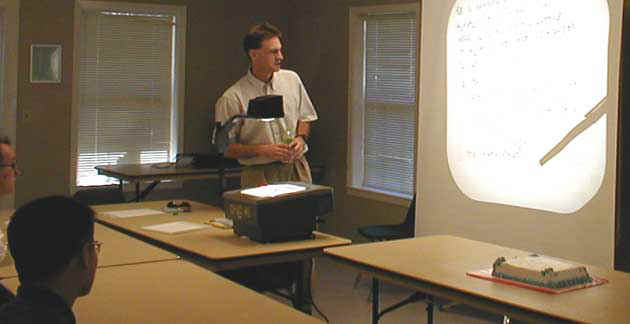 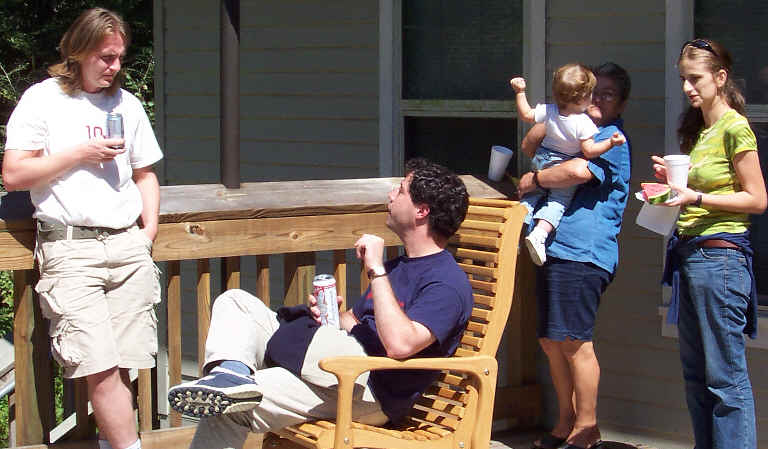 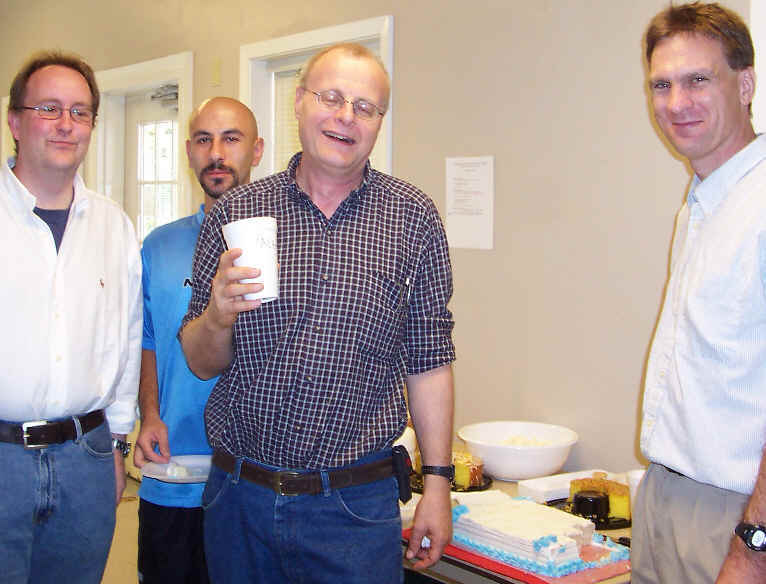 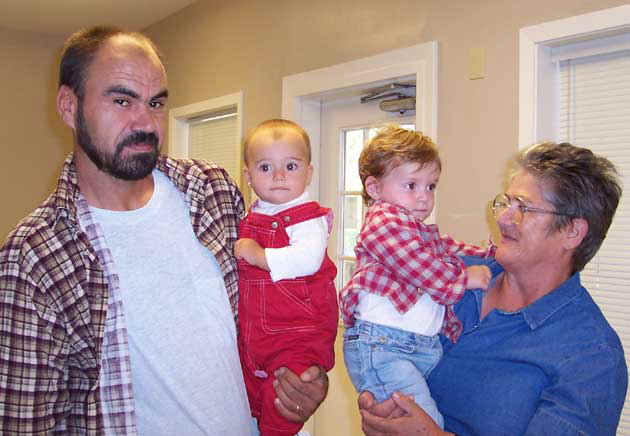 Two youngsters with three annual Graduate Student Days between them! Time for a game of frisbee 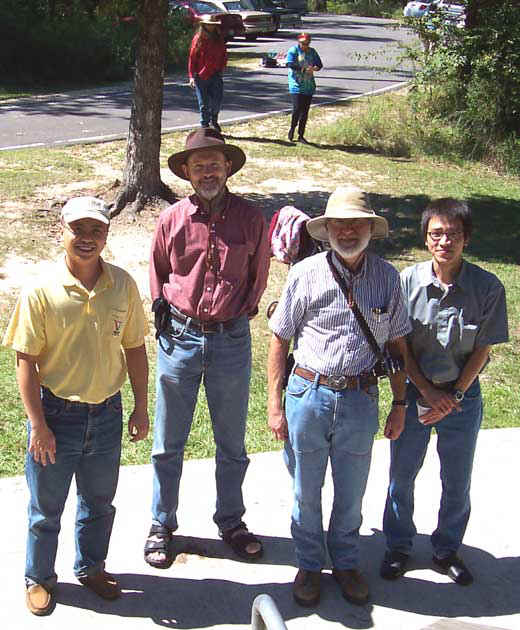 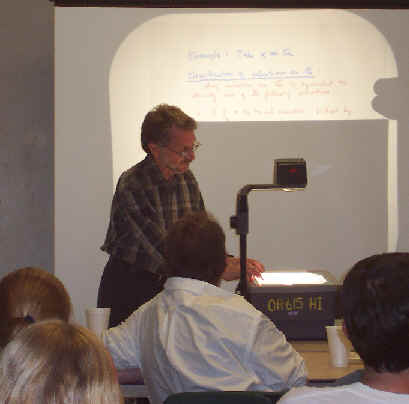 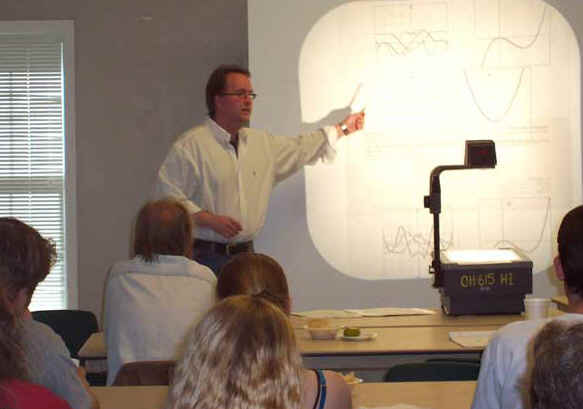 mathematical induction: one step at a time