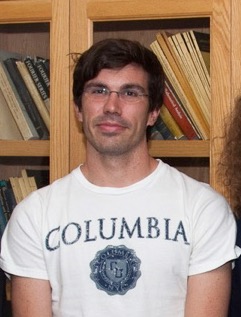 Jordan Keller (B.S. Math 2012) was selected as a new Fellow in Mathematics at the Black Hole Initiative, an interdisciplinary center at Harvard bringing together astronomers, physicists, mathematicians, and philosophers. At Harvard he will be mentored by the Fields Medalist Shing-Tung Yau.

Jordan Keller received his Ph.D. in mathematics at Columbia University in 2017 under the tutelage of Mu-Tao Wang. His research interests include linear and nonlinear analysis of
Schwarzschild spacetime, subjects broadly characterized as general relativity.