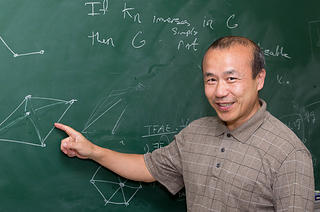 During the last 25 years his research was supported through more than twelve research grants from the NSF, the NSA, the Air Force, and the Louisiana Education Quality Support Fund.

LSU honored him with a Rainmaker Award (2009) and a Distinguished Faculty Award (2013).