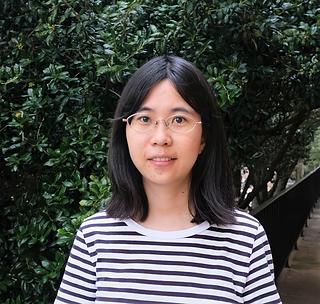 LSU Department of Mathematics Assistant Professor Li Chen was recently awarded a Simons Foundation Collaboration Grant for Mathematicians for her research into topics on functional inequalities for Markov semigroups. The award serves to provide funding for travel expenses over 5 years to facilitate research collaboration between accomplished mathematicians in the United States. Dr. Chen joined the LSU Department of Mathematics in August 2020, after having been an Assistant Research Professor at the University of Connecticut. She was previously appointed as Postdoctoral Fellow at Instituto de Ciencias Matemáticas (ICMAT) in Madrid, Spain and received her Ph.D. in Mathematics from the Australian National University in Canberra, Australia and Université Paris-Saclay (Paris-Sud) in Paris, France in 2014 where she was mentored by Dr. Thierry Coulhon and Dr. Pascal Auscher. Chen received her M.S. in Mathematics from Beijing Normal University in Beijing, China in 2010.

Her current research focuses on discrete geometric environments like graphs and non-smooth settings like Sierpiński gasket and other fractals and the interactions between the fields of probability, analysis and geometry. Chen takes particular interest in the study of functional inequalities, random walks, and random field and related problems which arise from different areas in mathematics and physics, and for which the heat kernel/heat diffusion process may play a key role. As an illustration, a repeated tool in her work, the heat kernel, is the distribution of a stochastic process, the fundamental solution of the heat equation and the transition kernel of the heat semigroup generated by the Laplacian operator. Dr. Chen is co-organizing a special session on Probabilistic Methods in Analysis and Geometry hosted by the American Mathematical Society (AMS) during the AMS Spring Southeastern Sectional Meeting to be held at the University of Virginia in Charlottesville, Virginia on March 11th through March 13th, 2022.