The LSU MathCircle team at the Harvard MIT Math Tournament achieved marked success on their trip to Boston this President's Day weekend. After placing 2nd in the lower division last year, the eight students from Baton Rouge and New Orleans returned in the upper division to compete against the top 95 teams from around the world.

The tournament consists of three invidual subject tests in Algebra, Geometry and Combinatorics, and two team events, the 80 minute long Guts Round and the 60 minute long Team round. Scott Wu placed 7th individually in the combinatorics round. The team placed 15th in the GUTS round and 34th overall, just behind the Beijing National Day School.

Meeting every Sunday since September with their coaches, LSU graduate assistant Jesse Levitt and undergraduate Steven Olsen, the team looks forward to returning next year. 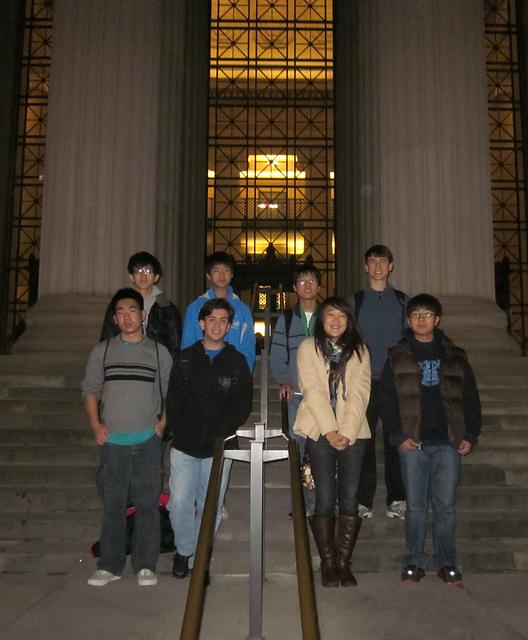