The goal of the LSU Mathematics Student Colloquium is to give both undergraduate and graduate students the opportunity to hear and interact with speakers from across the country, providing information and perspective possibly relevant to their graduate and postgraduate careers.

Each invited speaker will spend several days at LSU, giving multiple talks and making himself or herself available to undergraduates.

Talks are not confined to the math department but open to everyone. Those majoring in related fields are encouraged to come.

We are a chartered LSU student organization (constitution and bylaws). We are munificently funded by the Student Government Programming, Support, and Initiatives Fund (PSIF), and the LSU Mathematics Department. We are grateful for the generous past funding made by grants from the National Science Foundation (a VIGRE grant) and the Board of Regents. 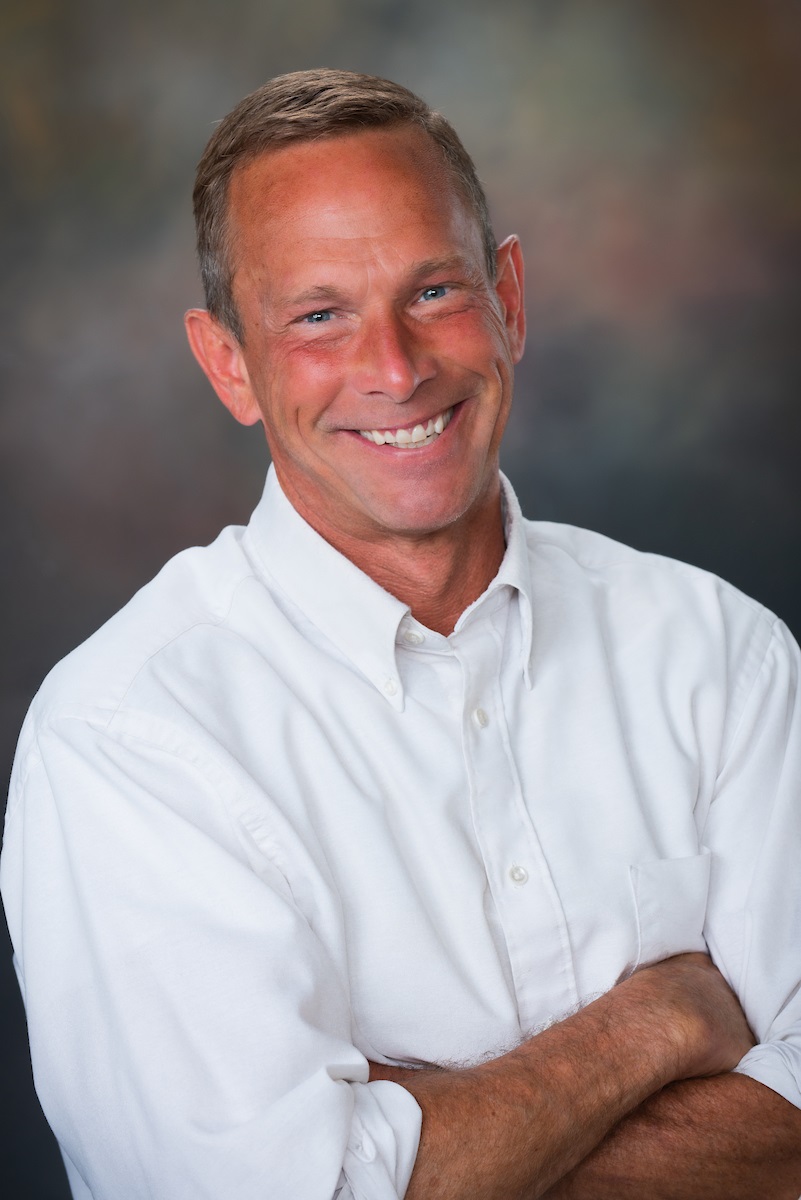 Hal is a Professor and Rosemary Kopel Brown Eminent Scholars Chair in the Mathematics Department at Auburn University. His research interests are interdisciplinary: his background is in commutative algebra and algebraic geometry. He is especially interested in problems which can be studied from a computational standpoint, and in interactions with problems in applied mathematics.

Abstract: This talk will give an overview of the spectacular success of algebraic methods in studying problems in discrete geometry and combinatorics. First we'll discuss the face vector (number of vertices, edges, etc.) of a convex polytope and recall Euler's famous formula for polytopes of dimension 3. Then we'll discuss graded rings, focusing on polynomial rings and quotients. Associated to a simplicial polytope P (every face is "like" a triangle) is a graded ring called the Stanley-Reisner ring, which "remembers" everything about P, and gives a beautiful algebra/combinatorics dictionary. I will sketch Stanley's solution to a famous conjecture using this machinery, and also touch on connections between P and objects from algebraic geometry (toric varieties). No prior knowledge of any of the terms above will be assumed or needed for the talk.

Abstract: One of the fundamental tools in numerical analysis and PDE is the finite element method (FEM). A main ingredient in FEM are splines: piecewise polynomial functions on a mesh. Even for a fixed mesh in the plane, there are many open questions about splines: for a triangular mesh $T$ and smoothness order one, the dimension of the vector space $C^1_3(T)$ of splines of polynomial degree at most three is unknown. In 1973, Gil Strang conjectured a. formula for the dimension of the space $C^1_2(T)$ in terms of the combinatorics and geometry of the mesh $T$, and in 1987 Lou Billera used algebraic topology to prove the conjecture (and win the Fulkerson prize). I'll describe recent progress on the study of spline spaces, including a quick and self contained introduction to some basic but quite useful tools from topology, as well as interesting open problems. 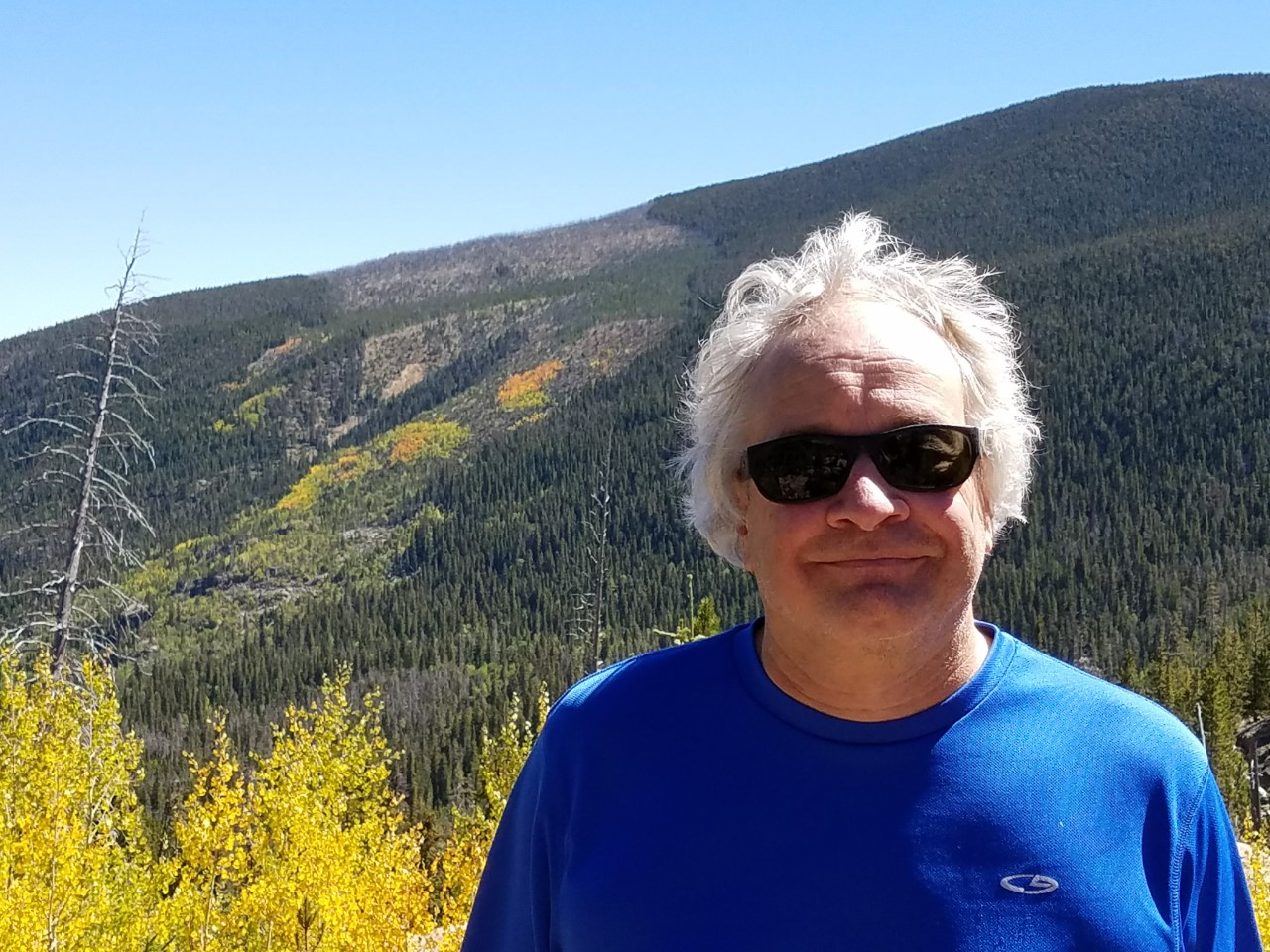 Steve’s research is mostly focused on applications of nonstandard methods to combinatorial number theory, an area that has been especially active in the last few years. Steve also has a long-standing interest in the teaching of mathematics at all grade levels, and is active in developing curriculum materials for pre-service teachers, as well as working with in-service teachers in a variety of professional development settings. Since receiving his doctoral degree from the University of Colorado in 1985, Steve spent three years as a “Van Vleck Assistant Professor” at the University of Wisconsin and is now in his 32nd year at the University of Northern Colorado.

Title: Fixed Points of Continuous Functions in the plane

Abstract: If we crumple up a map of Colorado, then place that crumpled map on top of an identical map, some point on the top map is directly over the same location on the lower map. This might not be true if we use a map of Louisiana or Michigan, which have “disconnected” portions. Also, we must be careful to not tear the map while we are crumpling it. This is an example of a consequence of the famous Brouwer Fixed Point Theorem. We will examine this beautiful mathematical result, and demonstrate how it follows from a simple combinatorial theorem about coloring vertices of triangles. The extent to which the Fixed Point Theorem can be generalized is still unsolved, and we will briefly discuss that as well.

Title: An introduction to the use of nonstandard methods

Abstract: Nonstandard methods utilize the technique of viewing relatively simple structures that we wish to study inside much richer structures with idealized properties. Most famously, we might look at nonstandard models of the real numbers that contain actual “infinitesimal” elements. The existence of the idealized structures gives us access to powerful tools that can often support more intuitive proofs than standard methods allow. We will look at examples of simple nonstandard arguments in several different settings, as well as a few recent results obtained using these methods. 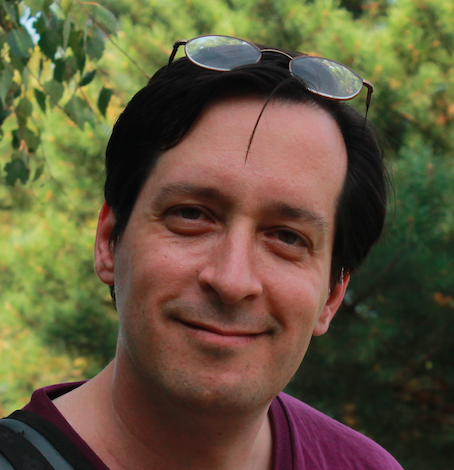 Keith Conrad received his PhD at Harvard, and after postdoc positions at Ohio State, MSRI, and UC San Diego he moved to UConn. His research interests are in number theory, which he first learned about in high school as a student at the Ross program, and since then he has given talks on the subject to students at summer programs in the USA, China, and Russia.

Title: Applications of Divergence of the Harmonic Series 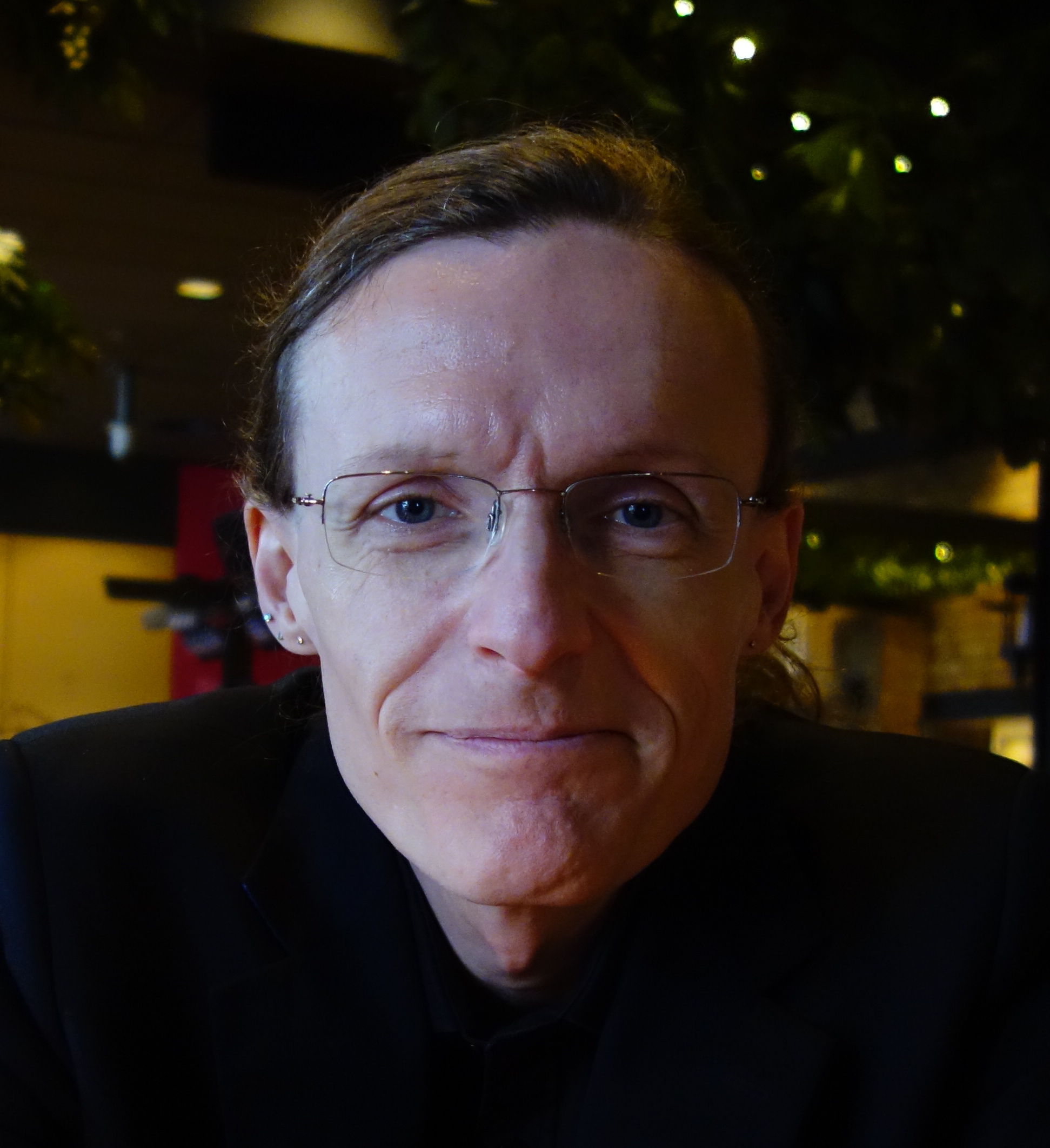 Professor Peter Jorgensen obtained his PhD from the University of Copenhagen in 1997.  He held post doc positions in Antwerp, Bielefeld, and Copenhagen before moving to the University of Leeds in 2003 as a University Research Fellow.  He has been Professor of Mathematics at Newcastle University since 2006.  He is the author of more than 70 research papers and serves as a main editor of the Bulletin of the London Mathematical Society.

Abstract:  Knots are everyday objects, but they are also studied in mathematics.  They were originally envisaged as models for atoms by Lord Kelvin, and have been studied by increasingly sophisticated mathematical methods for more than 100 years.

Two knots are considered to be "the same" if one can be manipulated to give the other without breaking the string.  The natural question of whether two given knots are the same turns out to be highly non-trivial; indeed, this is the central question of Knot Theory.

The talk is a walk through some aspects of this fascinating area of pure mathematics.

The talk will consider a simple example and present a number of fundamental properties of abelian and triangulated categories of quiver representations. 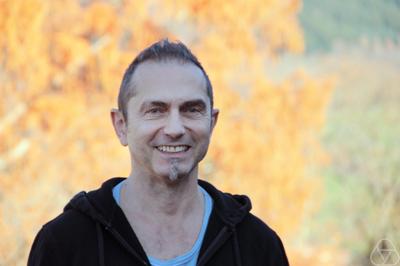 Dr. Francfort is a Professor of Mathematics at the Université Paris XIII and a visiting professor at the Courant Institute at New York University. He received his PhD in Mechanical Engineering at Stanford University and his habilitation at Université Paris 6. Dr. Francfort was a senior member of the Institut Universitaire de France in Paris, and a co-recipient of the Paul-Doistau-Emile Blutet prize from the French Academy of Sciences. He has traveled prolifically and has had many talks and invited stays at institutions throughout the world.

Abstract: I wish to demonstrate that minimization is a natural notion when dealing with even simple mechanical systems. The talk will revolve mainly around a simple spring brake combination which will in turn illustrate how the search for minimizers tells us things are never as simple as first thought. All that will be needed for a correct understanding of the material are basic notions of convexity, continuity as well as some familiarity with integration by parts.

Title: The mysterious role of stability in defective solids

Abstract: Adjudicating the correct model for the behavior of solids in the presence of defects is not straightforward. In this, solid mechanics lags way behind its more popular and attractive sibling, fluid mechanics. I propose to describe the ambiguity created by the onset and growth of material defects in solids. Then, I will put forth a notion of structural stability that helps in securing meaningful evolutions. I will illustrate how such a notion leads us from the good to the bad, and then to the ugly when going from plasticity to fracture, and then damage. The only conclusion to be drawn is that much of the mystery remains. 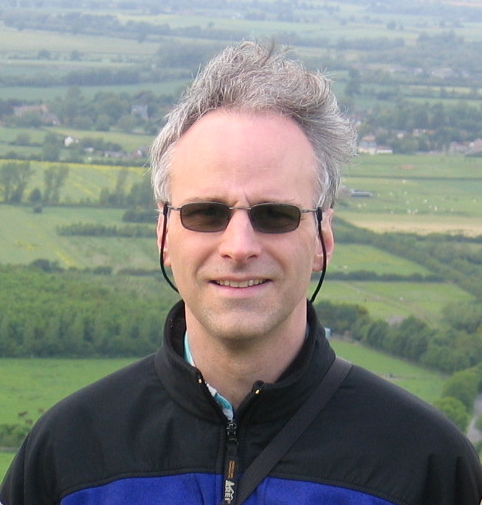 Dr. Bonin has research interests in Matroid Theory, which is a branch of Combinatorics. He is a professor at The George Washington University, where he has been since receiving his PhD from Dartmouth College in 1989. He is a member of the GW Academy of Distinguished Teachers, and has been a research visitor at many universities, including MIT and Universitat Politecnica de Catalunya.

Title: What do lattice paths have to do with matrices, and what is beyond both?

Abstract: A lattice path is a sequence of east and north steps, each of unit length, that describes a walk in the plane between points with integer coordinates. While such walks are geometric objects, there is a subtler geometry that we can associate with certain sets of lattice paths. Considering such sets of lattice paths will lead us to examine set systems and transversals, their matrix representations, and geometric configurations in which we put points freely in the faces of a simplex (e.g., a triangle or a tetrahedron). Matroid theory treats these and other abstract geometric configurations. We will use concrete examples from lattice paths to explore some basic ideas in matroid theory and some of the many intriguing problems in this field.

Title: Old and New Connections Between Matroids and Codes: A Short Introduction to Two Field

Abstract: The theory of error-correcting codes addresses the practical problem of enabling accurate transmission of information through potentially noisy channels. The wealth of applications includes getting information to and from space probes, reliably accessing information from (perhaps scratched or dirty) compact discs, and storage in the cloud. There are many equivalent definitions of a matroid, each conveying a different perspective. Matroids generalize the ideas of linear independence, subspaces, and dimension in linear algebra, and cycles and bonds in graph theory, and much, much more. The wealth of perspectives reflects how basic and pervasive matroids are. Matroids arise naturally in many applications, including in coding theory. The aim of this talk is to give a glimpse of both of these fields, with an emphasis on several ways in which matroid theory sheds light on coding theory. One of these applications of matroid theory dates back to the 1970’s; another is a relatively new development that is motivated by applications, such as the cloud, that require locally-repairable codes. 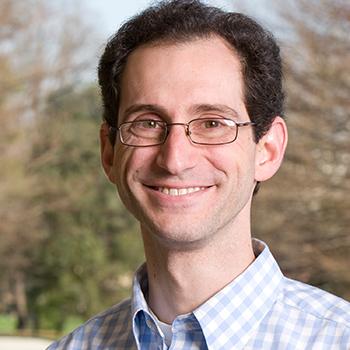 Dr. Sabloff has research interests in Contact and Symplectic Geometry, especially Legendrian and Transversal Knot Theory. He received his PhD from Stanford University. After he spent a year as a postdoctoral lecturer at the University of Pennsylvania, he moved to Haverford. He is now an Associate Professor at Haverford College in Pennsylvania.

Title: How to Tie Your Unicycle in Knots: An Introduction to Legendrian Knot Theory

Abstract: You can describe the configuration of a unicycle on a sidewalk using three coordinates: two position coordinates x and y for where the wheel comes into contact with the ground and one angle coordinate t that describes the angle that the direction the wheel makes with the x axis. How are the instantaneous motions of the unicycle constrained (hint: do you want your tire to scrape sideways)?  How can we describe that constraint using generalizations of tools from vector calculus?

The system of constraints at every point in (x,y,t)-space is an example of a "contact structure," and a path that obeys the constraints is a "Legendrian curve." If the curve returns to its starting point, then it is called a "Legendrian knot."  A central question in the theory of Legendrian knots is: how can you tell two Legendrian knots apart? How many are there? In other words, how many ways are there to parallel park your unicycle?
There will NOT be a practical demonstration.