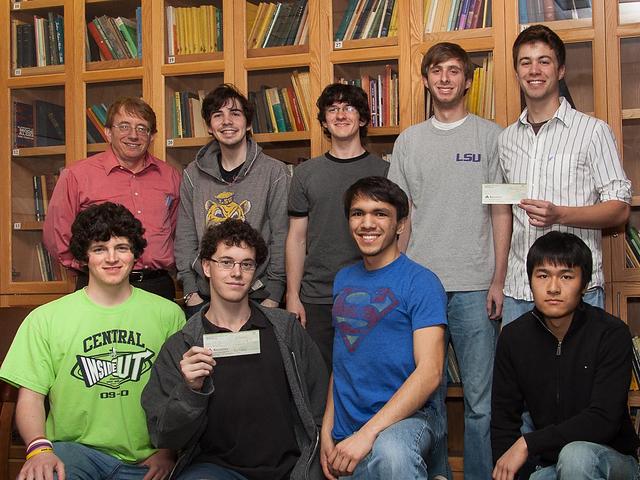 The LSU math department sent two teams of students to compete in the "Student Team Competition" held at the meeting of the Louisiana/Mississippi Section of the MAA on Friday, March 1, 2013.  There were 19 teams from a wide variety of schools in Louisiana and Mississippi at the competition.  The LSU teams won both first place (\$100) and second place (\$75) with scores of 131 (out of 150) and 121,
respectively.