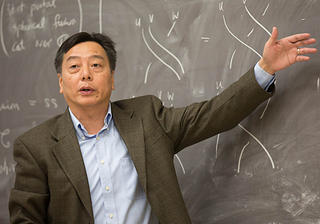 The research will cover the mathematical, physical, and computational aspects of topological quantum computation.

Michael Freedman was awarded a MacArthur Fellowship in 1984, a Fields Medal in 1986, and he is a member of the National Academy of Sciences. He founded the research group Microsoft Station Q - Santa Barbara.