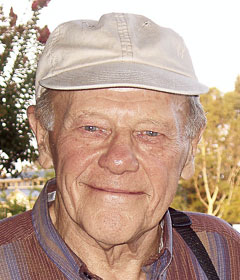 Richard (Dick) Kadison passed away on August 22, 2018. He was the Pasquale Porcelli Lecture Series speaker in 2007 and a visiting professor at LSU during the spring semester 2008. Dick Kadison was a leader in the theory of operator algebras. He became a member of the National Academy of Science in 1996, and he was a fellow of the AAAS and AMS. In 1999 he was awarded the Leroy P. Steel Prize for Lifetime Achievement. Kadison’s first contact to LSU was at the famous Baton Rouge operator algebra conference in 1957 which had a lasting impact on the field. Dick Kadison has left behind his wife Karen and a son, Lars.