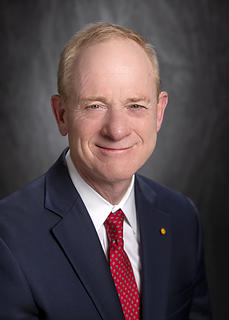 LSU Mathematics Nicholson Professor Robert Lipton receives the 2021 Distinguished Research Master (DRM) award for outstanding career accomplishments in research and scholarship. Granted by the LSU Council on Research, the annual DRM award recognizes one LSU faculty member in science, technology, engineering, or mathematics who has achieved vital impact on the scholarly community in their field. Nominations are supported through recommendations from prominent scholars within peer universities, major research centers, or federal agencies.

Robert Lipton is known for his research into the mathematics of materials and their translation to engineering applications. His path to becoming a research mathematician was motivated by physics, chemistry, and mechanics.

I always enjoyed science and was interested in it from an early age. What got me permanently hooked was my high school physics teacher. He taught a beautiful year long course that combined physical principles with everyday experiences. Learning activities always put the ball in the students' court, leaving it up to the students to design the experiments needed to master the underlying physical principles.  Importantly I also discovered that mathematics was the key to a quantitative understanding of physics and chemistry. I did have other interests and in the fall semester I would always rush out from my physics course usually thirty minutes late to high school football practice.  Which this background I pursued undergraduate studies in electrical Engineering. During the Summers I was a Utah river guide working on the Green river in Grey and Desolation Canyons and on the Colorado river through Westwater, the Canyonlands, and Cataract Canyon. It was a refreshing break from academics, but it was always nice to get back to school in the Fall.

From river rafting to industry to mathematics.

After graduation I went to work as a as a metallization engineer for a Very Large-Scale Integrated Circuit manufacturer. It quickly became apparent from my new job that materials science, surface chemistry, and elasticity all played a role in the condition of electrons in very thin wires. Based on experiences from high school it became clear that a better quantitative understanding required knowing more mathematics. So, I quit my job and went to New York City to study mathematics. I enrolled at NYU because they are widely known to have outstanding minds working on the theory of Partial Differential Equations.  I benefitted from the great training I received during my four years there and embarked on a career in mathematics as it applies to the physical sciences.

I enjoy teaching mathematics and its applications to students at LSU. The subject while scientific is part history too. Modern mathematics and science are based on tens of thousands of years of human experience and thought. What is truly amazing, and confounding is that one can become literate in mathematics and science extremely quickly.  Within two years of starting university, LSU students have access to the fundamental mathematical tools to become engineers, doctors, and scientists. For me it is thrilling to be someone who enables students to achieve this at LSU. The students are enterprising and curious, as an example I am currently working with LSU graduate students who earned their undergraduate at LSU as well, Dzmitry Vaido and Hsu-Hsuan Wu, on an NSF supported project that controls light with light.

Lipton together with LSU students and colleagues have been working under NSF support developing a new theory for the design of composite media for controlling the flow of both light and sound in solids and liquids. Here the work is both mathematical contributing to new math as well as physical contributing a new paradigm for controlling light and sound. This ``twofer’’ effect is tricky as it has to be of interest to both mathematical and applications communities. Another example of the ``twofer’’ effect involves developing mathematics to predict the location of cracks in structures. Here the new mathematical aspects are appreciated by practitioners of Non-Linear Partial Differential Equations. While the novel physical aspects are useful to those working in Fracture Mechanics. As an optimist this gives two ways to get a research win.

The beat goes on.

The most recent project is funded by the Army Research Office and is a Multi-University Research Initiative. The project focuses on the grain scale engineering of particle shapes for roadbeds. The roadbeds are made from partially hydrated particles (mud or wetted sand) and one seeks synthetic particle shapes that will give even partially hydrated roadbeds superior traction properties. Here the trick is to design numerical experiments that tease out the physical behavior of large-scale aggregates as functions of the particle shape. Together with Postdoc Debdeep Bhattacharya we are getting our hands dirty figuring out experiments to demonstrate physical principles and new mathematics.

Robert Lipton received his Ph.D. in mathematics from NYU, and he is noted in particular for his research on the mathematics of materials and their translation to engineering applications. Lipton is a Fellow of the American Association for the Advancement of Science (AAAS), American Mathematical Society (AMS), and Society for Industrial and Applied Mathematics (SIAM). Lipton is the Editor-in-Chief of the Society for Industrial and Applied Mathematics Journal on Mathematical Analysis (SIMA). Since 2018, he holds the Nicholson Professorship in the LSU Department of Mathematics

Since 1972, the LSU Council on Research has presented the award of Distinguished Research Master to two LSU faculty on an annual basis in recognition of outstanding career accomplishments in research and scholarship. One recipient is chosen within the fields of the arts, humanities, social, and behavioral sciences, and another recipient within the fields of science, technology, engineering, and mathematics. The award consists of a University Medal, a certificate designating the recipient as a Distinguished Research Master, and a salary supplement.