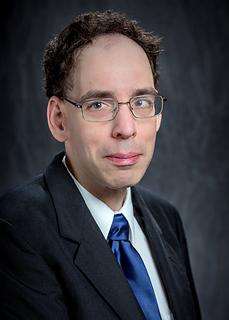 LSU Department of Mathematics Professor Michael Malisoff, Roy P. Daniels Professor in the College of Science, in collaboration with Assistant Professor Laurent Burlion of Rutgers, The State University of New Jersey Department of Mechanical & Aerospace Engineering, received a research grant funded by the Department of the Navy, Office of Naval Research (ONR) that aims to develop interval observers for enhanced shipboard landing and formation control for Naval aircraft. This ONR project is an addition to Professor Malisoff’s ongoing US National Science Foundation (NSF) project on event-triggered control, which is collaborative with Assistant Professor Corina Barbalata from the LSU Department of Mechanical and Industrial Engineering and with Professor Zhong-Ping Jiang from the New York University Department of Electrical and Computer Engineering. Applications for this research involve the control of groups of aerial vehicles that need to land on unsteady surfaces such as aircraft carriers or fly in formation, as well as furthering advancements in marine robotics and the response of these systems to environmental challenges.

One novel feature of this research lies in its use of chain predictors for incorporating time delays, which can model cases where there is a time lag between the times that control functions change values and the times when the dynamical systems respond by changing their behavior. Other novel features involve finite time control, where there are time deadlines for control functions to achieve desired performance objectives for the dynamic systems. The ONR research funded for two years will involve collaboration on the mathematical control analysis and on applications to shipboard landing and formation control of Naval aircraft and advising PhD students who conduct portions of the research as well as authoring journal articles and presenting findings at colloquia, national conferences and seminars to disseminate research.

Dr. Malisoff received his PhD in Mathematics from Rutgers University at New Brunswick, New Jersey, and was appointed as a postdoctoral researcher at Washington University in St. Louis in the Department of Systems Science and Mathematics.  As a postdoctoral researcher, Dr. Malisoff worked on a Department of Defense project. He received an appointment as an Assistant Professor with LSU in 2001 and was promoted to Full Professor in 2012. Dr. Malisoff’s research focuses on developing mathematics to solve real-world problems such as the need to help protect marine environments and improve national security. “In addition to having intrinsic beauty, math is useful for developing models of physical and social phenomena that complement experimental methods, by helping to explain why and when different outcomes can occur. This makes mathematical models useful for predicting future behavior of various kinds of dynamical systems. Mathematical approaches can provide performance guarantees that are not as readily obtained from only using experiments or from only using numerical simulations.”

He credits the excellent research environment of LSU as a flagship university which supports higher education and the Department of Mathematics which inspires his own as well as his students’ research because of the high degree of research activity in the department from research active faculty. As his research involves the mentoring of graduate and undergraduate students beyond the scope of traditional course work, students receive training for a broad range of possible careers. As much of his research involves marine robotics, support for LSU as a sea grant university involved in coastal research increases visibility of LSU and aids in recruitment of PhD students interested in a high research active environment.