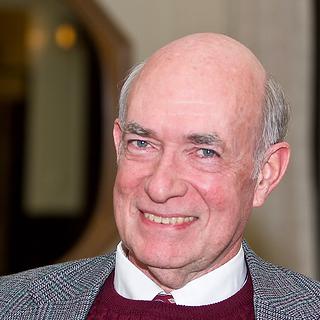 O. Carruth McGehee was inducted into the LSU College of Science Hall of Distinction.

He received his Ph.D. in Mathematics in 1966 from Yale University and was an assistant professor at Berkeley before he returned to his hometown Baton Rouge in 1971 as an associate professor at the LSU Math Department.

McGehee served as chair of the math department from 1979 to 1984 and from 1986 to 1990 he was Dean, Division of Academic Services. From 2002 to 2003 he was Vice President of the LSU Faculty Senate, and was Faculty Senate President from 2003 to 2004. In 1984 has was named Fellow of the American Association for the Advancement of Science, for his research in Fourier Analysis. For his teaching, he was awarded the LSU AMOCO Award for Teaching in 1980 and the LSU ”Hub” Cotton Award in 2004.

His, arguably, most important research paper appeared in 1981 in the Annals of Mathematics, the premier journal in mathematics. He and his collaborators proved a generalization of Hardy’s inequality. The review in the Mathematical Reviews remarks that  "The proof given by the authors is remarkably simple, and is based on a very clever construction of certain bounded functions whose Fourier coefficients have desired properties." In 2000 his book "An Introduction to Complex Analysis" was published by Wiley. Recently, the third printing of this book was announced.

Carruth McGehee retired from LSU in 2004.