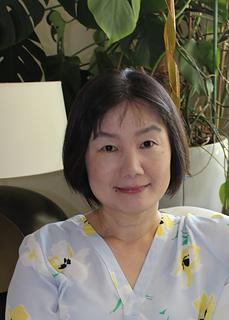 LSU Mathematics Professor Ling Long has been elected a Fellow of the American Mathematical Society (AMS) for the Class of 2023. The AMS recognized her "contributions to hypergeometric arithmetic, noncongruence Modular Forms, and supercongruences."

LSU Mathematics Professor Ling Long received her Ph.D. degree in Mathematics from Penn State University under Dr. Wen-Ching Winnie Li and Dr. Noriko Yui at Queen's University, both of whom remain her lifelong mentors. Dr. Long and her husband Dr. Richard Ng, an algebraist, were recruited by the former LSU Department of Mathematics Chair Dr. Robert Perlis in 2013. Dr. Long accredits her colleagues in the Department of Mathematics for their support and effort to co-organize a major number theory conference “Applications of Automorphic Forms in Number Theory and Combinatorics” at LSU in 2014 in honor of Professor Winnie Li. Among its world class speakers included Jean-Pierre Serre, the first Abel prize winner in Mathematics.

Dr. Long’s research and service have been recognized by the National Science Foundation and the American Mathematical Society. Dr. Ling Long is invited to give the AMS 2023 Maryam Mirzakhani Lecture at the Joint Mathematics Meeting in Boston, January 2023. She aims to continue to support the mathematical community, conduct high quality research, and teach the next generation responsibly. Dr. Long serves on the Editorial Board of the Proceedings of the American Mathematical Society.