Please direct inquiries about our graduate program to:
grad@math.lsu.edu

Welcome to the LSU Graduate Program in Mathematics.

The Director of Graduate Studies is Prof. Stephen Shipman. Inquiries sent to grad@math.lsu.edu are received by him.

The Graduate Secretary is Ms. Charlotte Senn. You may direct logistical questions to her. 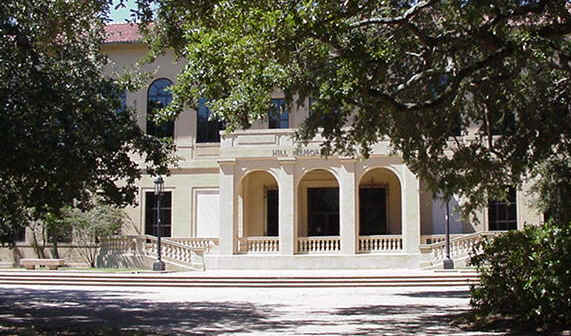 Louisiana State University, founded in 1860, has an enrollment of approximately 30,000 students (more than 5,000 graduate students) and some 1,300 faculty members. It is classified as a Doctoral Research University Extensive by the Carnegie Foundation - their highest category. With more than 250 buildings, the 2,000-acre campus is bordered on the north by shopping streets, on the east and south by University Lake and residential areas, and on the west by the Mississippi River.

The campus is noted for its many live oak and magnolia trees and an architectural style based on the Renaissance domestic style of northern Italy (tan stucco walls, red tile roofs).

The 2.7-million volume Middleton Library currently subscribes to about 300 mathematics journals. Students often gather informally in the quadrangle in front of the Library. 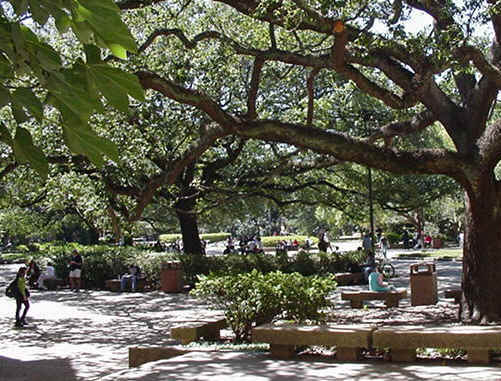 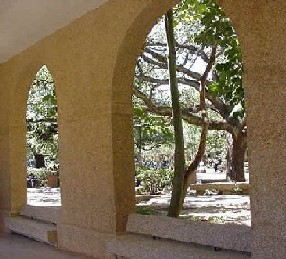 The Department and the Library jointly provide electronic access to MathSciNet, the electronic version of Mathematical Reviews. The latest upgrade to MathSciNet Version 5.0 has been purchased. The Student Technology Fee has provided for the installation of networked clusters of personal computers in the library and in buildings across campus. Appropriate educational software is provided, including both Maple and Mathematica.

LSU's Office of Computing Services maintains the campus network,together with an IBM mainframe, an RS-6000 Unix work-station cluster available for scientific research. Recent funding from the NSF permitted LSU to become a member of Internet II, a high-speed network test-bed for interconnection of universities. Additional funding has also been obtained for a new Unix cluster, CASPAR, for research in parallelism and scientific computing.

In 2002 LSU installed a supercomputer in the form of a Beowulf cluster of 512 custom-made machines connected through a special 2-gigabit-per-second network. The cluster has a total of 1024 processors, one terabyte of RAM, and the capability of performing over two trillion operations per second. The Mathematics Department has a smaller version of the LSU supercomputer, on which to develop software compatible with the large machine. The departmental version has 32 processors and 32 gigabytes of RAM. Brush up your skills of parallel programming: you will need them to take full advantage of the new supercomputers. 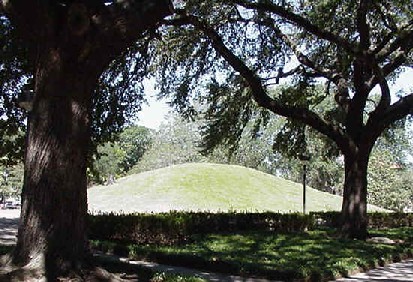 The physical network in Lockett Hall has been upgraded from 10Mbps to 100Mbps CAT5 cabling. This included an upgraded link to the campus network and enhanced the department's link with Internet 2. This upgraded connection provides better communication within the University and world-wide via the Internet, and enhances electronic access to other research collaborators as well as permits access to other campus computing clusters with increased computational power.

Within the Mathematics Department, the local area Ethernet supports a heterogeneous network of Unix workstations, Windows clients, Linux machines, and Macintosh computers. Software supporting numerical and symbolic research projects in mathematics is readily available across the network, including Mathematica and MATLAB.

Students will find excellent facilities for theater and concert activities. Many University productions, guest artists, road shows, and popular entertainers are booked each year. The city of Baton Rouge supports a symphony and an opera series in its modern river-side theater complex known as the Centroplex. In addition, the many night locales offer a wide variety of bands and vocalists, and the University sponsors a film series. 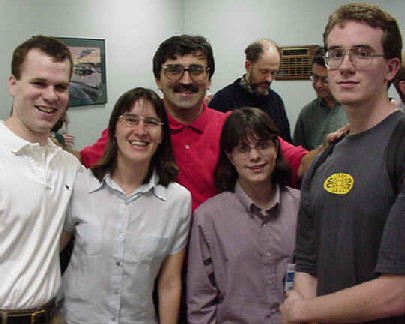 The sports facilities for intercollegiate competition and campus recreation at LSU compare favorably with those at any major university. There is an extensive intramural program, and the math department fields teams in basketball and softball. There is a large recreational sports center on campus for students' enjoyment and good health.

The city of Baton Rouge, capital of the State of Louisiana, has a metropolitan area population of more than 500,000. The city is home of the fifth largest port in the United States. Baton Rouge has many fine restaurants, while for regal entertainment and world-famous cuisine, New Orleans is only an hour and a half away via Interstate 10. Houston is five hours west of Baton Rouge.

The Louisiana countryside provides many opportunities for bicycling, picnicking, and canoeing. Well-preserved plantation homes offer interesting sightseeing. There are wildlife sanctuaries, horse-racing tracks, hunting, and fishing. Baton Rouge is located on the edge of Cajun Louisiana, where French is still spoken and cooking is a fine art practiced in many restaurants great and small.

The weather is semi-tropical. Midsummer daily maximums are generally around 92 degrees Fahrenheit, the humidity is high, and afternoon showers can be expected. These showers are usually preceded and followed by sunshine. On the other hand, winter weather usually lasts no more than a month, with daily minimums in the forties and occasional overnight freezes. Fall and spring weather last for extended periods, bringing out joggers in droves. Annual average rainfall is a moderate 54 inches. Drinking water comes from deep artesian wells which tap underground springs. The drinking water fell thousands of years ago as rain in the Blue Ridge Mountains and traveled to Baton Rouge in streams filtered by underground layers of sand and rock. 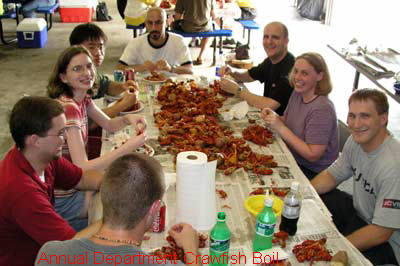 Finding an apartment in Baton Rouge is not difficult. The rent for apartments is relatively low for a large metropolitan area. Free city bus service is provided from campus to many of the areas where students frequently live. A student needs to show only a valid LSU ID card. Residence Hall accommodations are available for unmarried graduate students. The University also maintains unfurnished one- to three-bedroom apartments. To obtain further information about on-campus housing, write Department of Residential Life, 99 Grace King Hall, Baton Rouge, LA 70803, Phone: 225/578-8663, FAX: 225/578-5576, or E-mail: reslife@lsu.edu.