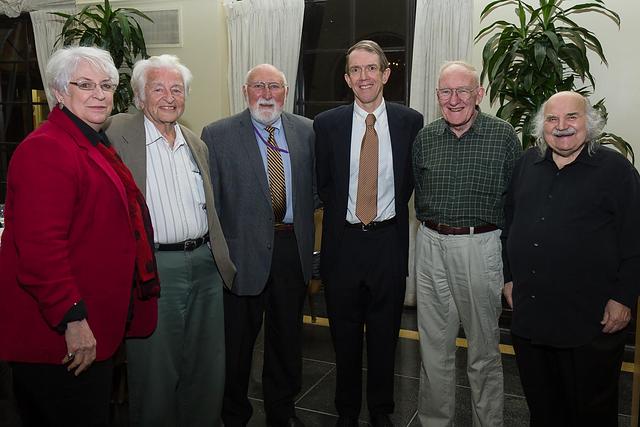 Professor James Oxley on Dec. 7 was awarded the rank of Boyd Professor by the LSU Board of Supervisors. James Oxley received his PhD in 1978 from Oxford University, UK. He joined the LSU faculty in 1982. He has published over 140 papers in matroid and graph theory, and is author of the standard text book "Matroid theory". Over 15 students have completed Ph.D.'s under his direction. Prof. Oxley is on the editorial board of "Combinatorics, Probability and Computing", the "SIAM Journal on Discrete Mathematics" and  "Journal of Combinatorial Theory, Series B", the premier journal in combinatorics.

James Oxley is the LSU System’s 70th Boyd Professor, the 45th from the LSU main campus, and the fourth in mathematics, joining Richard Anderson (1959); Pasquale Porcelli (1965) and Jimmie Lawson (1999).

Photos from the reception honoring the appointment of James Oxley to the rank of Boyd Professor have been posted in the departmental photo album.