Professor Milen Yakimov received a 2016 LSU Distinguished Faculty Award for his sustained records of excellence in research, teaching and service.

Milen Yakimov joined LSU in 2008. Currently he is the Michael F. and Roberta Nesbit McDonald Professor of Mathematics. He is a Sloan Research Fellow.

Shawn Walker joined LSU in 2010. He recently was awarded an NSF Career grant.

Gestur Olafsson joined LSU in 1993. Currently, he is an Alumni Professor.

At the 2016 Choppin Honors Convocation of the LSU College of Science Phoebe Rouse received a TAF Undergraduate Teaching Award.

Phoebe Rouse is a Senior Instructor in the Math Department, and the Director for Precalculus Mathematics. She joined LSU 35 years ago. 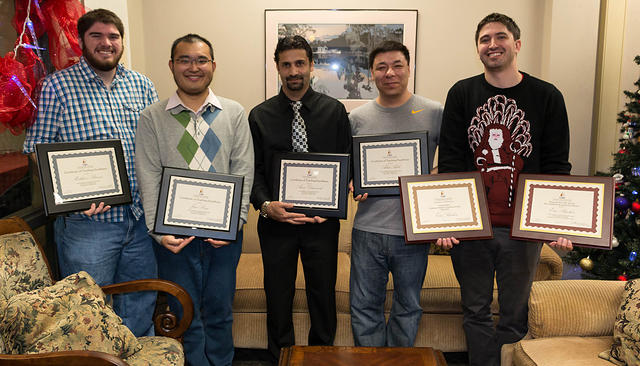