The scores for last December's Putnam Mathematical Competition have been released, and LSU students performed well. The top performer was Shawn Williams, whose score of 20 points placed him in the prestigious Top 500 List, with a rank of 343 out of 4275 competitors from 554 colleges and universities nationwide. LSU also had a total of six students earn a positive score, while the national median was 0. Prof.

The article "What is .... a Quandle" by Sam Nelson was featured in the April 2016 issue of the Notices of the American Mathematical Society. Sam Nelson received his PhD from LSU in 2002 under Professor Rick Litherland. He is currently Associate Professor at Claremont McKenna College, CA.

Safeco Insurance, a Liberty Mutual Company, ranked the LSU Math Actuary Program among the top 15 in the U.S.

Professor Larry Smolinsky is the Director of Actuarial Science, and questions can be addressed to him.

Scott Baldridge was featured in the 2015/16 edition of Pursuit, the LSU College of Science Magazine. The magazine reports on his Eureka efforts for Pre-K through 12th-grade math education. 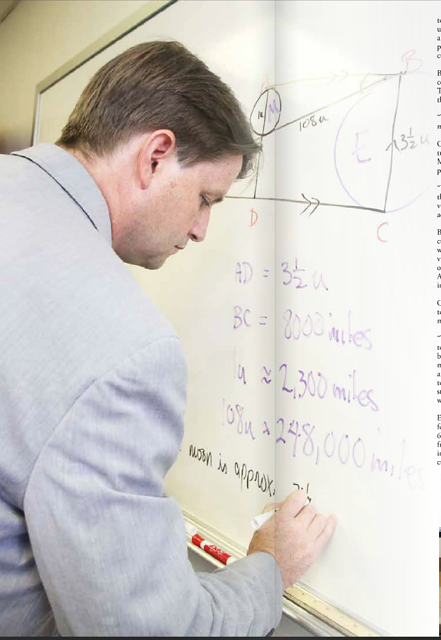 The research of Robert Lipton and his group was featured in the LSU Reveille.

Robert Lipton is the S.B. Barton Professor of Mathematics. He joined LSU in 2001.

Congratulations to Robert Viator (soon-to-be LSU PhD, advisor Prof. Robert Lipton) who has been appointed to an IMA Postdoctoral Fellowship at the Institute for Mathematics and its Applications at the University of Minnesota for the 2016-17 academic year.

Robert Lipton's research got noticed by WRKF, the public radio station in Baton Rouge. His group is part of a Multi University Research Initiative that is funded by the Department of Defense. Other participating groups are at MIT, Ohio State, UC Irvine and the University of New Mexico.