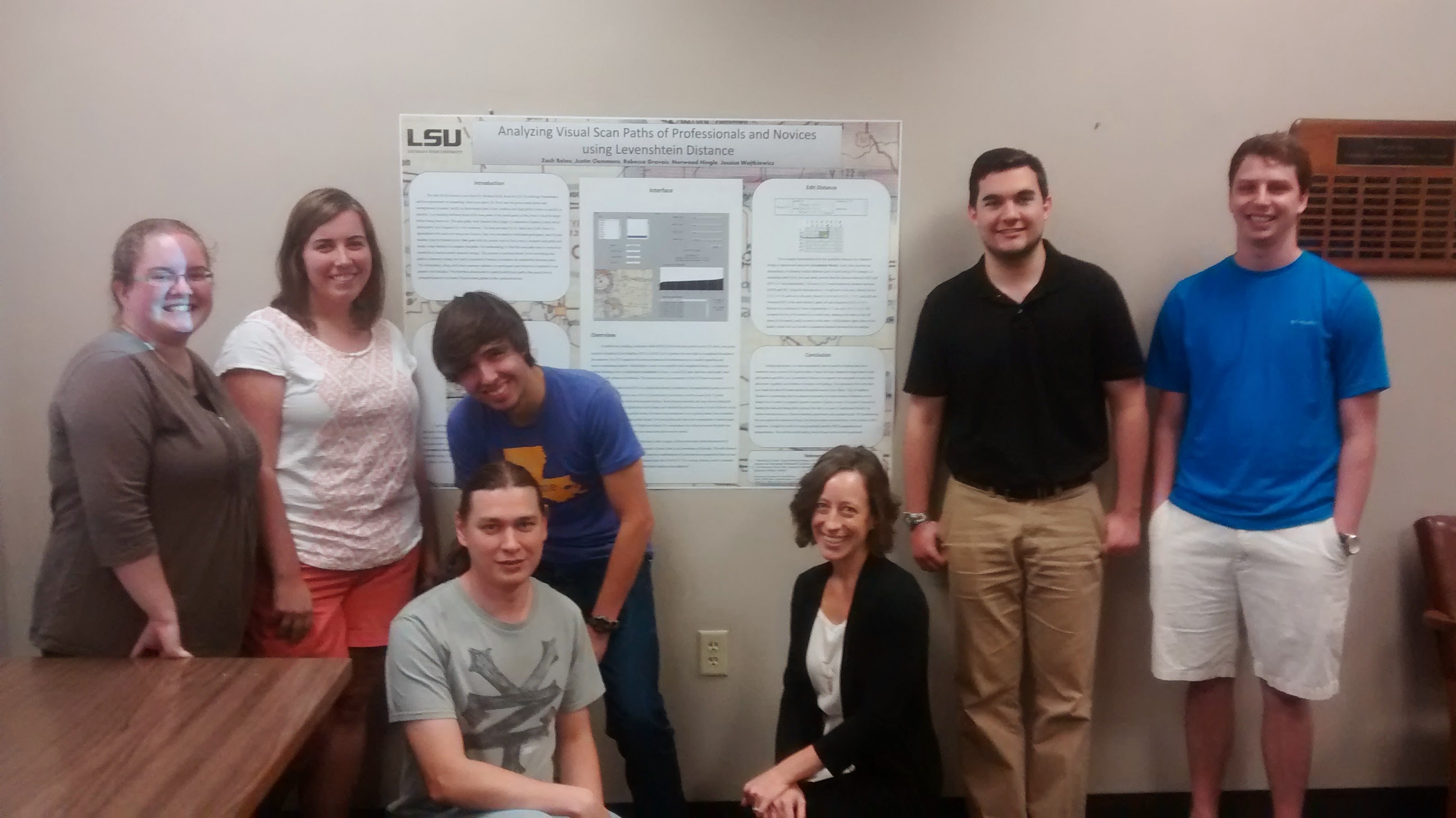 The idea for this project came from Dr. Melissa Beck, from the LSU Psychology Department, and her experiment on comparing visual scan paths. Dr. Beck and her group tested pilots and undergraduate students’ ability to find a target icon in low, medium and high global clutter as quickly as possible. Eye tracking software tracked the scan paths of the participants as they tried to find the target before being timed out. The scan paths were formed from strings of consecutive fixation points, where participants’ eyes lingered for a few moments. The data provided by Dr. Beck was in the form of a spreadsheet with each row being one fixation. Data was recorded by individual participant, then by trial number, then by fixation point. Our goal with this project was to find a way to compare scan paths and create a user interface to compare the paths. Our methodology to find the scan paths was to convert the consecutive fixation points character strings. After converting scan paths to character strings, we used Levenshtein Distance to compute the similarities between paths. This information, along with basic summary statistics on participant scan behavior is included in our graphic user interface. The interface allows users to specify which trial maps they would like to compare as well as the level of local clutter, global clutter, and correctness. 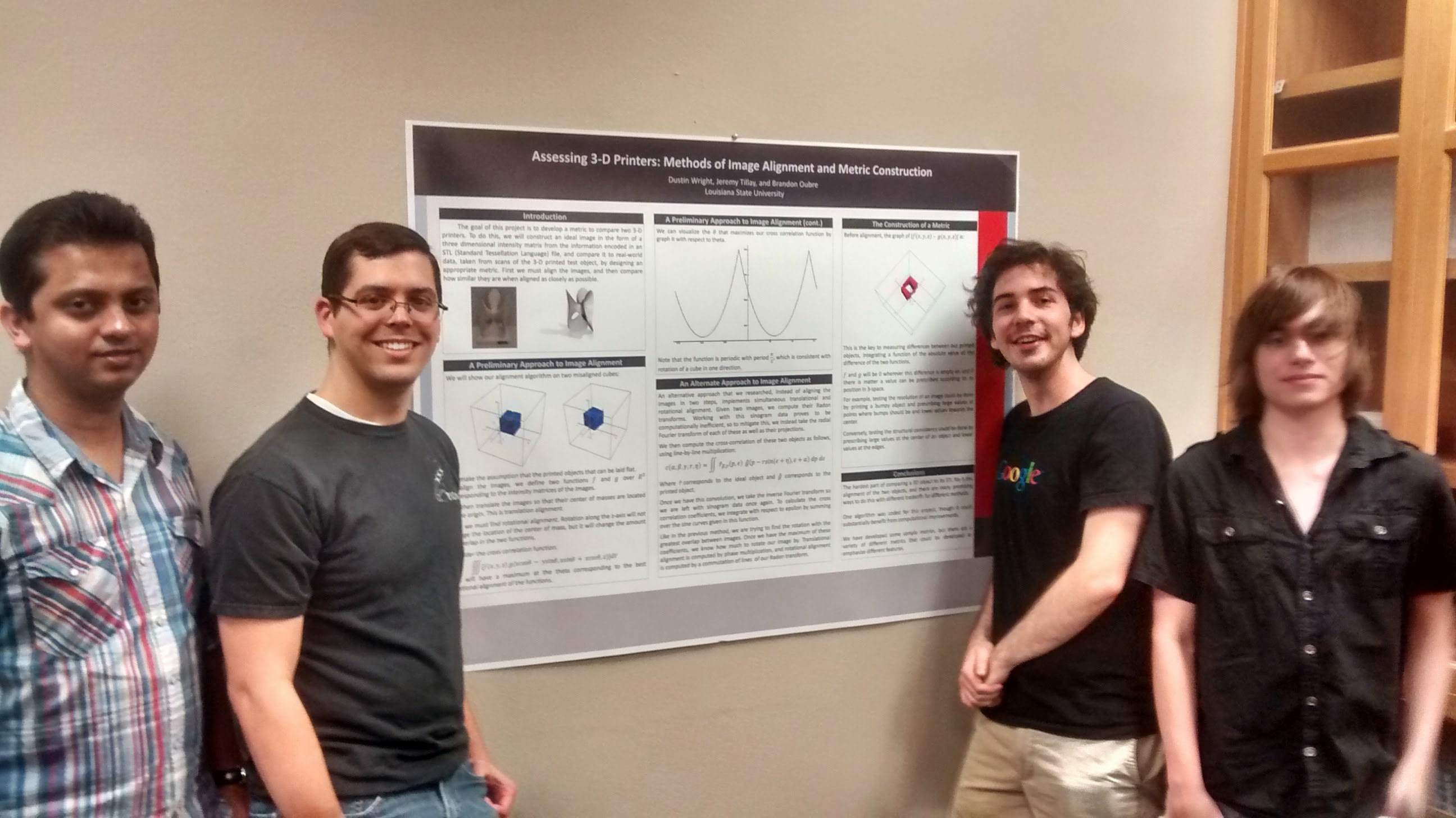 The goal of our project is to develop a good metric for measuring the quality of 3D printers. The essential task is to compare an STL file’s ideal representation in the 3D world, which is the file sent to the 3D printer to print, to a real-world printed object. If the objects are very similar, the printer is essentially very good. If there are significant differences due to low resolution or because parts of the object fall off, then it is a very bad printer.

Our task mathematically is to compare an STL file to a real-world scan of these objects. We have to ensure that our comparison is "fair" in the sense that it compares them once they are aligned and scaled appropriately. If someone scans the picture but misplaces or misrotates it slightly, but the object is a great representation of the ideal object, it should not see the skew the metric. Similarly, a bad printed object shouldn’t be placed in such a way that the metric does not identity how truly different the idealized and ideal objects are. 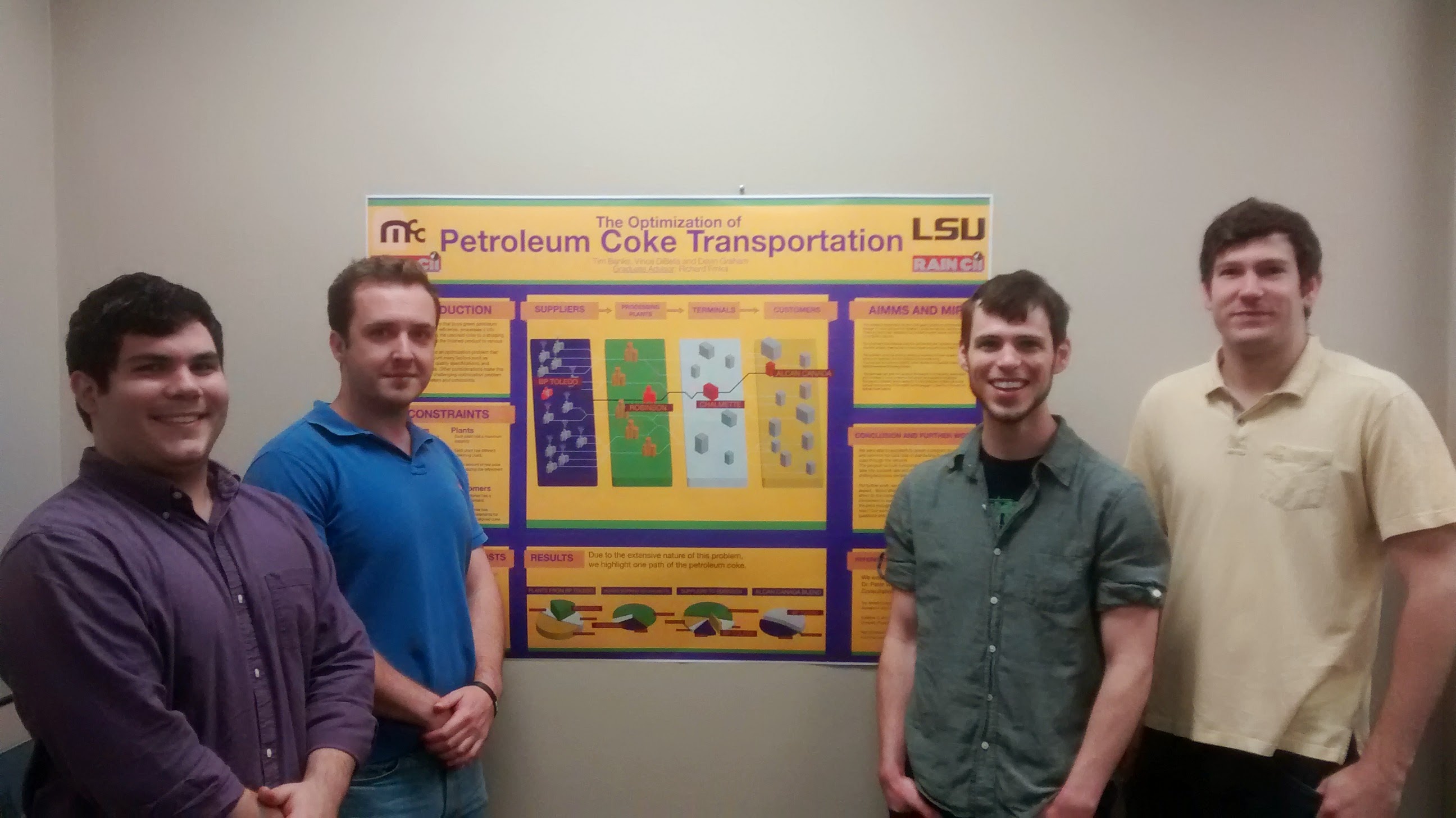 This project involved an optimization problem that must take into account who rain cii is buying unrefined coke from, transporting that to the refineries, refining the product, getting that product to shipping terminals and then sending the final product to the customers. Customers set demands on how much product they need, and the specific qualities they require to be or not be in their product. Suppliers set constraints on the maximum and minimum amount that CII Carbon can buy from them. Other considerations are that plants have operating costs and terminals can only ship to particular customers. On top of that, there are shipping costs associated with moving the product through every step of the chain. In all there are X parameters, and Y constraints.