Titanic: Machine Learning from a Disaster 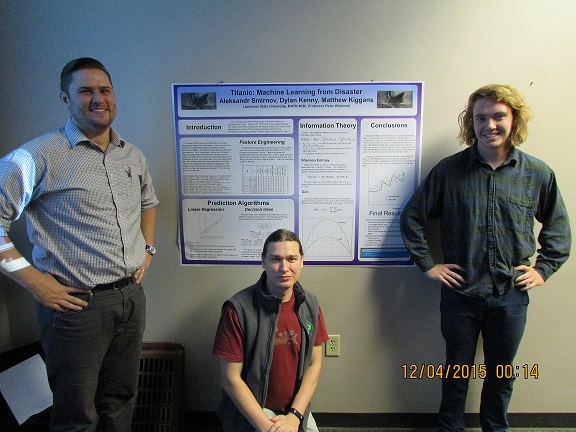 The sinking of the RMS Titanic is one of the most infamous shipwrecks in history.  On April 15, 1912, during her maiden voyage, the Titanic sank after colliding with an iceberg, killing 1502 out of 2224 passengers and crew. This sensational tragedy shocked the international community and led to better safety regulations for ships.

One of the reasons that the shipwreck led to such loss of life was that there were not enough lifeboats for the passengers and crew. Although there was some element of luck involved in surviving the sinking, some groups of people were more likely to survive than others, such as women, children, and the upper-class.

In this project, we answer the question of what sorts of people were likely to survive. In particular, we apply the tools of machine learning to predict which passengers survived the tragedy. 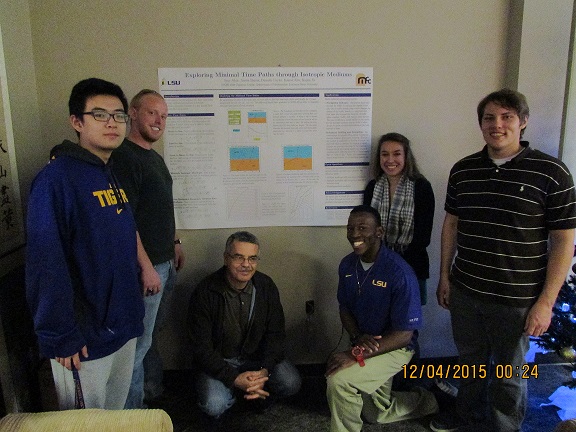 Over the course of the semester, our main goal was to find the least time paths for various combinations of isotropic mediums. This problem originated from Timothy Pennings’s paper ”Do Dogs Know Calculus?” in which he discussed and modeled the behavior his dog, Elvis, playing fetch. Pennings used differential calculus to predict Elvis’s optimized path to the ball so that he would reach a thrown ball in the least amount of time. In our project, we studied the minimal time paths of Elvis the dog from one point in one medium to another point in another medium, assuming a constant velocity in each medium.

Using MATLAB to solve for and model the minimal time paths, we explored a variety of cases. We started out with the simple case of traveling along a shoreline and then entering water. Building upon this, we then modeled the least time path from a point on land to a point in the water, where we were able to demonstrate that Snell’s Law must hold for any least time path from one isotropic medium to another isotropic medium with a different constant velocity. Next, we calculated the least time path in which Elvis travels from a point on land, then along the shore, and finally to a point in the water. In each of these cases, we used MATLAB to find contour lines, or isochrones, that illustrate the possible locations that could be reached in a given amount of time. Lastly, we studied the least time path through a collection of any number of mediums as well as the case in which the path must travel between two mediums with a non-linear boundary. 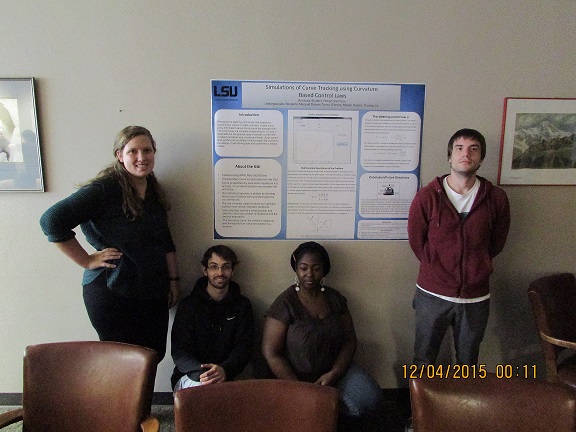 The purpose of this project was to create a feedback system using steering control law that enables an autonomous vehicle to track a simple, closed curve using information about the curve at the closest point. The prototype problem is to consider how a vehicle subject only to curvature can follow a boundary with collision avoidance. The course provided an opportunity for research into a concept of “Boundary Following using Gyroscopic Control” presented in a paper written by F. Zhang, E.W. Justin, and P.S. Krishnaprosed through the Institute for Systems Research at the University of Maryland College Park. The project required group members to learn and understand the published paper, the features of MATLAB, and their role in furthering the information provided on how a vehicle could track a curve by reaching critical points and staying a steady distance from the object on the curve. Some topics that were covered during this project were differential equations, curvature, class functions, and graphical user interfaces (GUIs). The control law we studied is applicable for the special case of smooth curves with constant curvature (e.g. circles and lines). Such control laws as the one we studied in this project are crucial for the design of self-driving cars and autonomous mobile robots.